I’ve had ups and downs since moving to Berlin (which just goes with moving to another country, really), but reflecting on my life since arriving at the end of 2014, I am so happy that I have had so many positive experiences here of what being a musician can be.

At the end of last season, I was made a member of Deutsches Kammerorchester Berlin as assistant principal viola. Already with this group I’ve played some great repertoire, supported fantastic soloists, travelled to Korea (and Ennepetal!) and felt welcomed and inspired. As well as some great concerts coming up with DKO, as the season begins I’ll also be performing and recording with Kammerakademie Potsdam, as well as spending much of winter in a cabaret tent for Frau Luna, an operetta by Berliner Paul Lincke from the end of the 19th century. 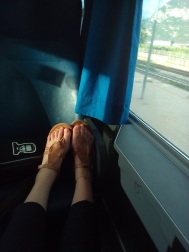